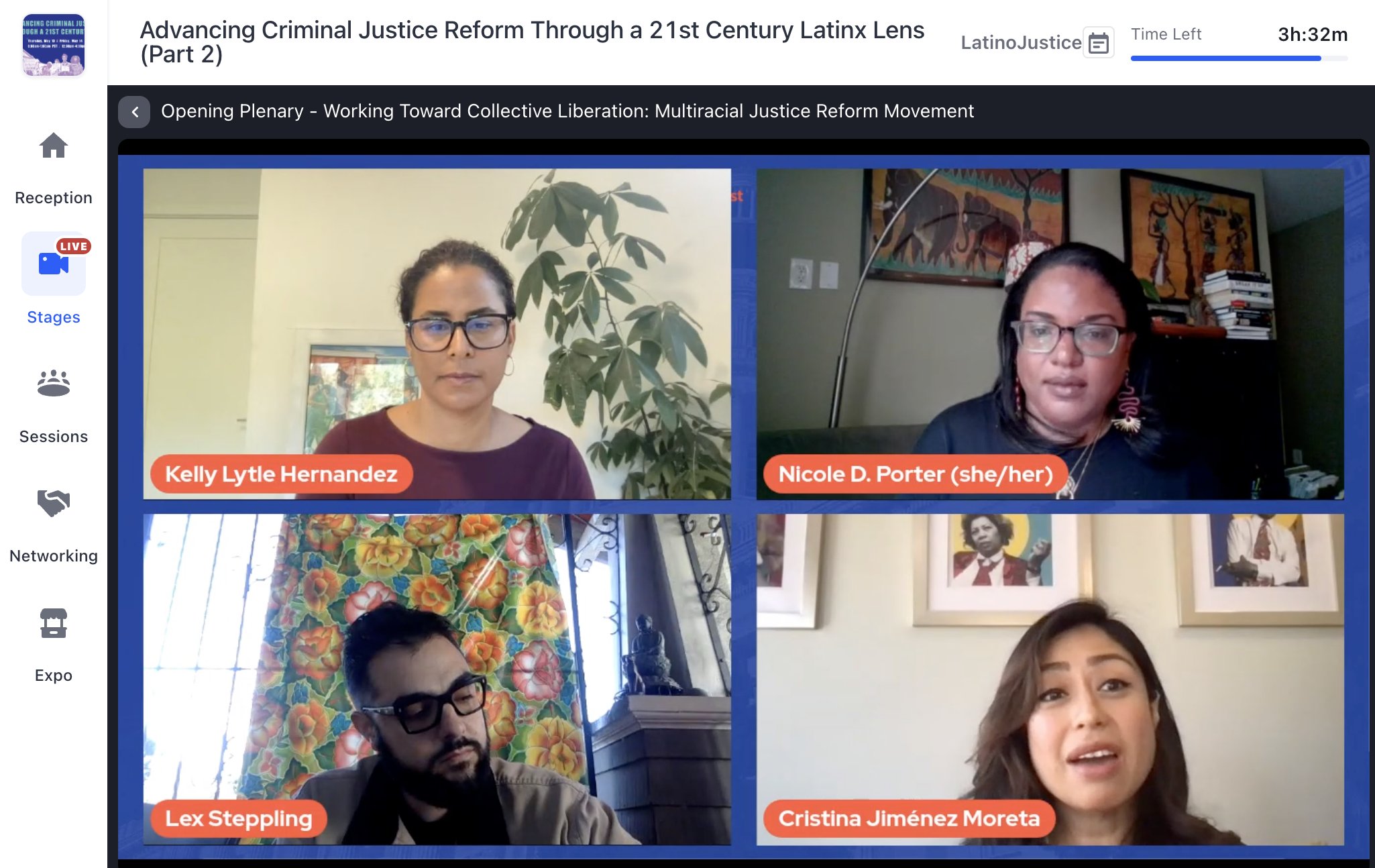 From January 20-21, 2022, UCLA Latino Policy and Politics Initiative (UCLA LPPI) convened a diverse group of Latinx leaders for a virtual summit on criminal justice reform. “Advancing Criminal Justice Reform Through a 21st Century Latinx Lens (Part 2)” aimed to continue conversations that began at the first convening organized by UCLA LPPI in May 2021 and to deepen commitments to enacting policy change.

The event was sponsored by the National Hispanic Caucus of State Legislators, Latino Justice PRLDEF, the MacArthur Foundation, Everytown for Gun Safety and the Drug Policy Alliance and highlighted criminal justice as a Latinx issue. Additionally, the event was focused on elevating models that drive cross-sectoral and multi-ethnic/multi-racial solidarity for collective liberation.

“As Latinos, we don’t always see ourselves as a part of the criminal justice reform movement,” said Jeannette Zanipatin, California state director of the Drug Policy Alliance. “It’s seen as a Black and white issue, when in reality it is multiracial – especially in places like California. This convening highlighted not only how Latinos are impacted, but also what role we play in the movement.”

Over two days, coinciding with the week of Dr. Martin Luther King, Jr. Day, more than 260 participants tuned in for conversations with 50 speakers who represented a diverse group of elected officials, academics, activists and media figures. Panel discussion topics included youth justice, drug decriminalization and reimagining systems of enforcement among others.

“In this second convening, our hope was to talk through the issues in a deeper, more intersectional and multiracial way,” said UCLA LPPI Policy Analyst Gabriella Carmona, one of the lead organizers of the event. “One of the discussions I was most excited to host was on Latinas in the carceral system. The panel was not only distinctly Latina but also multigenerational. It was inspiring to hear Dr. Juanita Diaz-Cotto, who wrote one of the first books on Latina/os in the criminal justice system, balance her ideas with women of younger generations carrying the mantle.”

Another panel highlighted the need to tackle anti-Blackness in the Latino community to work towards collective liberation. Janvieve Williams Comrie, executive director of Afroresistance, opened the session by providing historical context for the presence of Black communities throughout Latin America as a result of the transatlantic slave trade. Subsequently, the speakers engaged in a lively discussion about needing to recognize and uplift the experiences of Afro-Latinos in the criminal justice movement and beyond.

“When people think of the Latine community, they have a specific idea that looks the same and is reinforced by the media. Having a panel like this demonstrates the intersection of identity,” said moderator Jennifer Blemur, Director of Policy and Advocacy at The Coalition to Transform Advanced Care. “The compulsion is usually to put our best forward and focus on the positive, which we should do. But there are also some real things we need to address in our community that require action from us. We can’t build up our community while leaving people behind.”

In addition to facilitating these crucial conversations, a key objective of the two-day event was to produce a policy priorities document that centralizes Latinos across five areas in the criminal justice reform movement. This was done through interactive breakout sessions where participants were able to dive more deeply into issue areas and identify possible policy solutions. For example, one breakout session focused on “crimmigration,” or the intersection of immigration policy and the carceral system. The interactive format allowed event attendees to brainstorm pathways to ending the prison-to-deportation pipeline.

“There is a natural inclination for Latinos to gravitate towards immigrants’ rights issues, but the reality is that immigration touches so many different systems. The list of priorities we came up with took these cross-movement issues into account,” said Zanipatin, who moderated the session.

Nicole Porter, Senior Director of Advocacy at The Sentencing Project, was excited to participate as well. “The crimmigration breakout session was very relevant to the work I do and allowed for continued connection after the event was over,” she said.

Ultimately, the policy priorities document will be used as a jumping off point for UCLA LPPI to host quarterly stakeholder meetings along with the sponsors of the convening. “In 2022 and beyond, we’re looking forward to fostering a network of people who are deeply engaged and will proactively advocate for the changes we wish to see,” said Carmona. 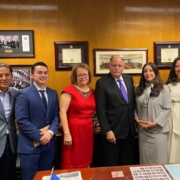 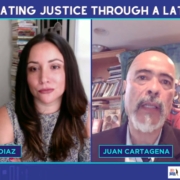 Activating Justice Through a Latinx Lens

UCLA LPPI Stakeholders Reflect on Transition from ‘Initiative’ to Institute