Blog - Latest News
You are here: Home1 / Explore2 / Challenges3 / Why Trump Can’t Have Tariffs and More Restrictions on Immigration

The Trump administration recently announced tariffs on 1,300 types of goods from China, including televisions, medical devices and batteries. On a seemingly unrelated note, President Trump also said that he will “send troops” to the U.S.-Mexico border to stop immigrants from crossing illegally.  While these two policies play to Mr. Trump’s base, it will be extremely difficult for Trump to restrict both trade and immigration. As I show in my new book, Trading Barriers: Immigration and the Remaking of Globalization, trade restrictions lead to more open immigration policies and immigration restrictions lead to more imports and offshoring.

Trade and immigration policy affect one another through their impacts on business. Over time, globalization and increasingly lower barriers to trade change the amount and kind of labor businesses need, which changes their level of support for more welcoming immigration policies.

Lower trade barriers are good for many businesses, but they can also cause the closure of companies who tend to be large employers of immigrant workers. When these businesses close, they no longer exist to lobby lawmakers for more open immigration policies. For example: the textile industry was once a major employer of immigrant labor in the U.S. but, since it lost much of its trade protection in 1990, it has shed almost 70% of its workforce. Today, textiles are mostly produced abroad. Not surprisingly, the textile industry went from a major proponent of immigration in the 1950s and 60s to barely showing up to lobby Congress in the 2000s.

Policies that allow companies to move overseas also tend to lower businesses’ willingness to lobby on immigration. Why should businesses fight to bring Chinese workers to the U.S. when they can move their factory to China?

Finally, the pressures of globalization often lead companies to automate their production. With automation, businesses need fewer workers. The U.S. steel industry, which Trump has promised to protect, produces as much steel today as it did in 1960, but it does so with a third of its former workforce. When companies automate, they need fewer workers, and that also tends to make them stop lobbying for open immigration. Together, these trends mean that there has been less lobbying by businesses for immigration and, consequently, greater immigration restrictions.

The effects of globalization and trade openness on immigration mean that Mr. Trump’s efforts to restrict both trade and immigration are unlikely to be successful.  If the administration succeeds in restricting trade and bringing back more manufacturing, don’t be surprised if businesses clamor for more open immigration policies. Since business interests are a powerful lobbying group, Trump will face huge pressure to soften his stance on immigration.

On the other hand, if Trump continues down the path of deporting undocumented immigrants and limiting legal immigration, more and more businesses will close or move. These restrictions will have an especially large effect on employers here in California. A crackdown on undocumented immigrants will lead to much higher farm labor costs. In turn, that might lead more farmers to give up farming (at least in the U.S.) and drive up food imports. Increased limits on high-skill migrants will hurt technology firms, leading more of them to invest overseas. Without access to immigrant labor, then, businesses producing here in America will be unable to compete with businesses abroad.

The Trump administration cannot have it both ways. It can enact new tariffs to bring back manufacturing or enact new restrictions on immigration, but it can’t do both. Margaret E. Peters is an assistant professor of political science at UCLA and the author of the award-winning book, Trading Barriers: Immigration and the Remaking of Globalization; she can be found on Twitter at @MigrationNerd. 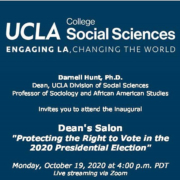 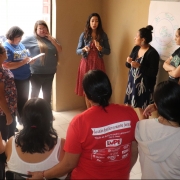 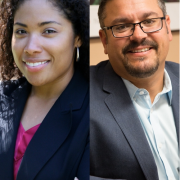 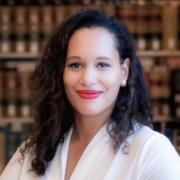 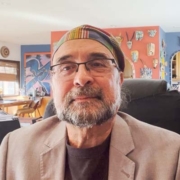 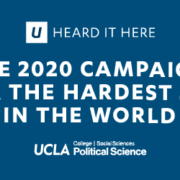 Dr. Lytle Hernandez and Million Dollar Hoods to be Honored with Freedom Now...
Scroll to top