You are here: Home1 / Stanford 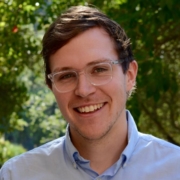 I am a PhD candidate in American politics at Stanford University and will be starting as an Assistant Professor in the Department of Political Science at UCLA in July 2020. I study American elections with a focus on how elections influence local policymaking. I collect new data on elections that I combine with large, untapped administrative datasets on government behavior. I then use modern empirical techniques to study how elections influence the policies local governments choose.

The working paper I recently released with my colleagues Andy Hall, Jen Wu, and Jesse Yoder is the most comprehensive study of county-level, vote-by-mail expansions to date. We find that, while vote-by-mail modestly increases turnout, it does not advantage either party. The working paper, “The Neutral Partisan Effects of Vote-by-Mail: Evidence from County-Level Roll-Outs,” is now under review at a general-interest journal.

Given recent debates about the need for vote-by-mail during this crisis and the public argument about whether it advantages one party of the other, the paper has garnered considerable media coverage from the following outlets (with links included): Washington Post, CNN, NPR national broadcast (audio), Politico, The Hill, Bloomberg, The Economist, The Monkey Cage (Washington Post), National Review, and American Enterprise Institute.

Over the coming six to nine months, as I transition to UCLA, I will continue to conduct research on how this public health crisis changes our politics and how we can ensure safe and fair elections during these challenging times.