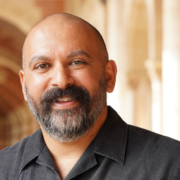 Dr. H. Samy Alim, UCLA Professor of Anthropology and David O. Sears Presidential Endowed Chair in the Division of Social Sciences, and Dr. Geneva Smitherman, Michigan State University Distinguished Professor Emerita, recently released an opinion piece in The New York Times titled “Of Course Kamala Harris Is Articulate.” They challenge the often used description that high-achieving Black people are “articulate.” They assert that these types of descriptions are highly problematic and offensive, because the exceptional descriptions imply that the opposite is true of other Black people. As co-authors of the book Articulate While Black: Barack Obama, Language, and Race in the U.S., Drs. Alim and Smitherman further explain why comments like these denigrate Black Americans, even if done unintentionally. 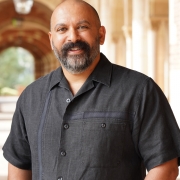 Dr. H. Samy Alim, David O. Sears Presidential Endowed Chair in the Social Sciences and Professor of Anthropology at UCLA, and the Founding Director of the Center for Race, Ethnicity, and Language (CREAL), along with his co-PI Dr. Django Paris (University of Washington, Seattle), recently received a $1 million grant from the Spencer Foundation. They will conduct a four-year project exploring the implementation of Culturally Sustaining Pedagogy. The project is one out of only five to receive funding from the foundation’s most ambitious grant making program, the Lyle Spencer Research Awards for large-scale research projects.

Alim, Paris, and postdoctoral researcher Casey Wong (UCLA) will work with four sites across the United States, Spain, and South Africa to learn with Indigenous, Black, Latinx, Pacific Islander and immigrant communities about how they are enacting CSP in contexts dealing with the legacies and contemporary realities of settler colonialism and gentrification. Through the project, the team will seek to identify the strengths and weaknesses of an approach that seeks to sustain communities of color as part of an educational justice movement that sees cultural practices as strengths to be fostered rather than as deficits to be erased through schooling. 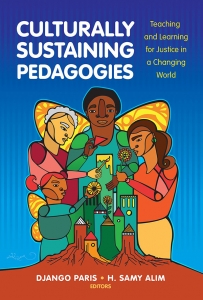 The grant extends the conceptual and empirical work shared in their highly influential volume, Culturally Sustaining Pedagogies: Teaching and Learning for Justice in a Changing World (Teachers College Press, 2017), which brought together an intergenerational group of prominent educators and researchers to explore critical teaching approaches that perpetuate and foster linguistic, literate, and cultural pluralism as part of schooling for positive social transformation.