You are here: Home1 / destination crenshaw 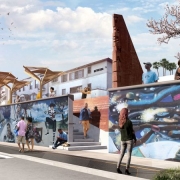 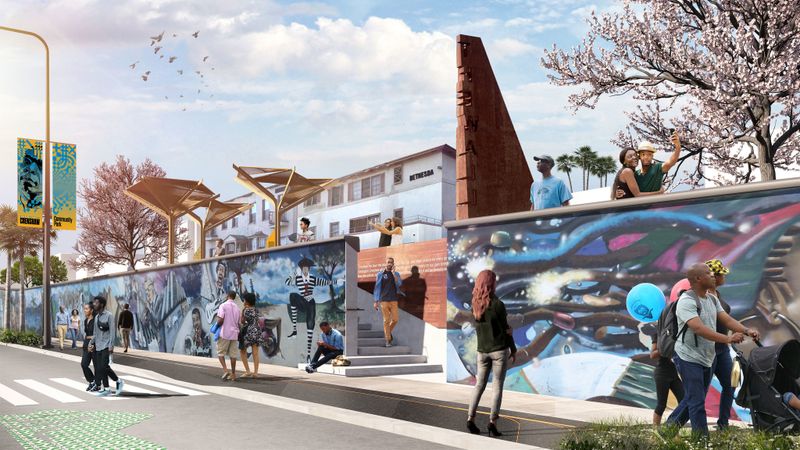 Los Angeles is known for many things, such as warm weather, beautiful beaches, heavy traffic, busy airport, Hollywood, the entertainment business, and ethnic and cultural diversity. It is also a place that houses so much rich history. History of people and communities making meaning and home in L.A. for so many years. South Los Angeles in particular is an area that has been overlooked, yet has stories to tell. These stories have long been silenced, ignored, or misrepresented.

More recently, gentrification, brought hugely by the Crenshaw/LAX Metro rail line is contributing to the push out of long-time residents and businesses. It’s changing the area at the heart of Black Los Angeles, its population, and its culture to where much of the history of the community is at risk of being erased. As a response to this neglect by the city, local community members, leaders, activists, academics, planners, and artists have come together to create Destination Crenshaw. Among the team of experts who are excited to see this project succeed are UCLA’s Dean of Social Sciences, Darnell Hunt and Professor Marcus Hunter, Chair of the Department of African American Studies. Professor Hunter conducted a research project on Black L.A. that has contributed to the creation of Destination Crenshaw.

Destination Crenshaw is an art project that will be an experience, free for the public to enjoy. It will follow the LAX Metro rail line along Crenshaw Boulevard between 48th and 60th streets. It will be a 1.3-mile open-air museum that will capture themes such as Afro-futurism in South L.A. and community resiliency as well as recognize the unique history of African Americans in the area. It is a hope that this project can help to inform outsiders that there is much to be loved and appreciated in South L.A. as well as reignite community pride for Angelenos about the place they call home. 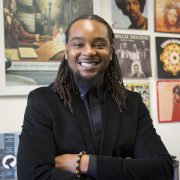