You are here: Home1 / audience 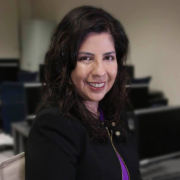 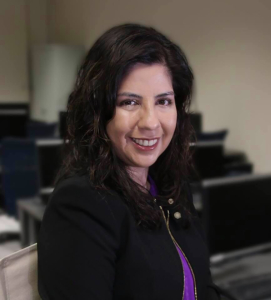 Academy Award®-nominated actor Edward James Olmos announced today that the Latino Film Institute (LFI) has named Dr. Ana-Christina Ramón, director of research and civic engagement of the Division of Social Sciences at the University of California, Los Angeles (UCLA), as the inaugural Latino Film Institute Scholar. The award comes with a $100,000 restrictive gift to be used over a two-year period for research designated by Dr. Ramón, including but not limited to, The Hollywood Diversity Report and a dedicated study on Latino representation in Hollywood and the Latino audience.

“It is a great honor for the Latino Film Institute to be able to provide our inaugural award to Dr. Ramón who has worked vigorously in raising awareness about the lack of diversity in Hollywood. It is of the utmost urgency that we, as a society, realize the importance of having diversity not only on our screens but also behind the camera. For the benefit of our future Latino generations, we must all do better at creating positive and accurate representation of Latinos in Hollywood, and it is by supporting the research and work done by Dr. Ramón that we can continue to make the necessary changes in our industry, culture and education to push and move forward to a better and more equitable future.”

“The Latino Film Institute does tremendous work in the community and in Hollywood to launch the careers of Latinx content creators and artists. So, I am honored to be the inaugural Latino Film Institute Scholar,” stated Dr. Ramón. “This generous award helps fund the research that UCLA Dean Darnell Hunt and I have been doing for several years on racial/ethnic and gender representation and their relationship to the bottom line in film and television. Most importantly, it will provide funding to conduct a study focused on Latinx representation and the Latinx audience informed by my expertise in Latinx and other race/ethnic and gender research. I look forward to continuing to advance the work that will uplift the Latinx community and to provide data that can be used by both content creators and Hollywood network and studio executives.”

The Latino Film Institute (LFI) is dedicated to showcasing, strengthening, and celebrating the richness of Latino lives by providing a pipeline, platform, and launching pad from our community into the entertainment industry. LFI’s three most prominent programs are the  LatinX in Animation (LXiA), the Los Angeles Latino International Film Festival (LALIFF) and the Youth Cinema Project (YCP). LXiA represents a diverse group within the Animation, VFX, and Gaming industries dedicated to uniting a talented pool of innovators with a heart to create exceptional stories across multiple platforms by organizing activities and events. LALIFF is a premier international event dedicated to showcasing the entirety of human experience from the Latino perspective, whether through film, television, digital, music, art, or any other vehicle, regardless of platform. As previously announced, LALIFF will host a virtual festival for the 2021 edition that will run from Wednesday, June 2 through Sunday, June 6.  This year’s program will be comprised of feature films, episodics, music, XR projects and short films, including those from LALIFF’s inaugural Latinx Inclusion Fellowship Series. YCP introduces elementary, middle, and high school students to the art of filmmaking and bridges the achievement and opportunity gaps by creating lifelong learners and the entertainment industry’s multicultural future, implemented in public schools across California.

Dr. Ana-Christina Ramón is the Director of Research and Civic Engagement for the Division of Social Sciences at UCLA. Dr. Ramón is a social psychologist who has worked on social justice issues related to equity and access in higher education and the entertainment industry for over fifteen years. She is the co-principal investigator of the Hollywood Advancement Project and manages its graduate research team. She is the co-author (with Dr. Darnell Hunt) of the annual Hollywood Diversity Report series that the project produces. She is also the managing editor of LA Social Science, an e-forum that showcases the vibrant and cutting-edge knowledge generated within the Division of Social Sciences at UCLA.