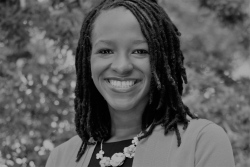 Title: Distinguishing Distress from Disorder: Black-White Patterns in the Determinants of and Links between Depressive Symptoms and Major Depression.
Background: Black Americans experience higher rates of psychological distress but similar or lower rates of psychiatric disorders than Whites. This study aimed to clarify these discordant distress-disorder patterns by (1) assessing whether sociodemographic and psychosocial risk factors varied across outcomes and racial groups and (2) evaluating Black-White differences in the distress-disorder linkage.
Methods: Secondary analysis of the Nashville Stress and Health Study (n=1,246), a community epidemiologic survey of Blacks and Whites in Nashville, Tennessee, was used to assess distress (CES-D depressive symptoms scale) and major depression (MDD; based on the CIDI) was the disorder of interest. Race-stratified models assessed correlates of each outcome and the between distress-disorder association separately among Blacks and Whites; interactions considered potential moderating effects of SES and stress exposure on this association within each group.
Results: Distress and disorder were differentially shaped by risk factors and varied by race. Increases in distress were associated with greater disorder risk among both racial groups. However, a significant interaction between distress and stress exposure indicated that the odds of “chronic” MDD (lifetime and past-year prevalence) depends on the level of stress exposure for Blacks only.
Conclusions: This study informs the “race paradox in mental health” by demonstrating that distress and disorder have etiologies that vary within and across racial groups and the distress-disorder association depends on stress exposure among Black Americans.  This has implications for public health practice, as pinpointing the protective mechanisms underlying Blacks’ low disorder rates despite elevated risk exposure may inform more effective avenues of intervention.